Manchester is internationally recognised as a centre of expertise for research into inflammation and repair. We translate our interdisciplinary excellence in inflammation and regenerative medicine research and education into the highest quality, multi-professional care for patients with inflammatory diseases.

The domain works closely with The University of Manchester’s Faculty of Biology, Medicine and Health. This spans basic, clinical and translational innovation at the interface of infection, immunity, inflammation and repair. Basic Science research is carried out in many divisions across the School of Biological Sciences, including Manchester Collaborative Centre for Inflammation and Repair, Versus Arthritis Centres in Genetics and Genomics, and Epidemiology and in the Manchester Fungal Infection Group.

We also introduce new collaborative centres – designed to bring experts in academia and healthcare to work on innovative new treatments and ways of delivering care – and take advantage of some of the excellent facilities in Manchester.

We are leaders in stratified medicine, an approach that divides patients with a particular disease according to how they respond to therapies. The aim is to get the right treatment to the right person at the right time. We have significantly increased our stratified medicine infrastructure through the NIHR Manchester Biomedical Research Centre, the Manchester Molecular Pathology Innovation Centre with a focus on immune-mediated conditions, the Stoller Biomarker Discovery Centre and three Medical Research Council Stratified Medicine Consortia (Rheumatoid Arthritis, Psoriasis and Systemic Lupus Erythematosus).

Our domain works across these areas: 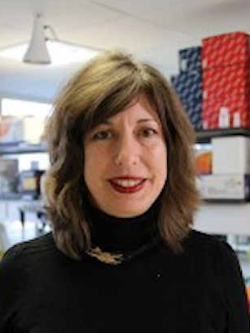 Inflammation and Repair Research Domain Academic Lead and Professor of Rheumatology, The University of Manchester 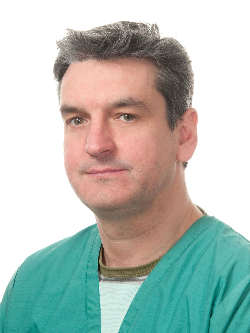 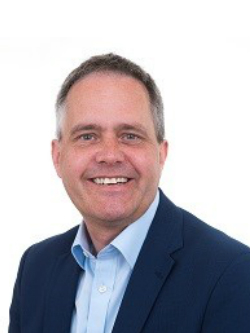 Inflammation and Repair Research Domain Academic Lead and Professor of Rheumatology, The University of Manchester

Professor Anne Barton is a Professor of Rheumatology and Centre Lead for the Centre for Musculoskeletal Research at The University of Manchester; she is also an honorary Consultant Rheumatologist at Central Manchester Foundation Trust.

She joined the University following the award of an MRC Clinical Training Fellowship (1998-2001) and, on completion, also gained her CCST in Rheumatology. She joined the Arthritis Research UK Epidemiology Unit as a clinical lecturer with an honorary consultant contract and in 2003, was awarded a Wellcome Trust Advanced Fellowship (2003-2007). She was promoted to Reader in 2008 and full Professor in 2010.

Her current research focusses on precision medicine; specifically, investigating the factors that influence treatment response to drugs in patients with rheumatoid and psoriatic arthritis. The work involves genetic, transcriptomic and epigenetic studies to predict response but also incorporates work with colleagues in psychology to explore issues surrounding patient-centred factors, such as adherence. She co-leads (with Prof Pitzalis, QMUL) the MRC-Arthritis Research UK jointly funded stratified medicine initiative in RA (Maximising Therapeutic utility in RA (MATURA)) and is Director of the Musculoskeletal theme of the NIHR Manchester BRC. In 2016 she received an NIHR Senior Clinical Investigator award and in 2019, took over as academic lead for the MAHSC Inflammation and Repair Domain.

Dr Martin Smith qualified as a doctor in Edinburgh. Having completed General Practice training in Scotland in 1994, Dr Smith spent a year working in New Zealand. After returning to the UK he pursued his career in Accident and Emergency medicine and was appointed as a Training Fellow at North Staffordshire Royal Infirmary during the (MCRU) Major Trauma Centre Trial.

Joining Salford Royal in 2002 as a Consultant in Emergency Medicine, Dr Smith is now Clinical Director for the Greater Manchester Major Trauma Network. He has previously held the position of Clinical Director for Emergency Medicine and was Urgent Care Clinical Champion for the Greater Manchester Healthier Together consultation. He is also engaged in the pre-hospital environment with a particular interest in motorsports and continues to work alongside paramedics and fire/rescue crews.

At national level, Dr Smith represented the College of Emergency Medicine (CEM) on the Intercollegiate Committee for Services for Children in Emergency Departments, contributing to the authorship of two editions of guidelines and standards for emergency care for children. He also sat on the RCEM Service Design and Delivery Committee contributing to the College document “Initial Assessment of Emergency Department Patients”.

Dr Smith has contributed to textbooks and original articles. He has been involved in the development of a number of life support courses and continues to teach actively.

Professor Johnson has been a consultant at Stepping Hill Hospital, Stockport NHS Foundation Trust since 2001 where he practices in knee and trauma surgery. He also treats children with knee injuries and has an interest in recurrent patella dislocation. He also leads an active research unit within the Trust and is PI for a number of NIHR studies. He is a Member of the British Orthopaedic Association and the British Association for Surgery of the Knee.

Professor Johnson has become the Chair of the Greater Manchester Orthopaedic Alliance (GMOA), an organisation led by clinicians to improve care delivered within Greater Manchester. This organisation sits within the Inflammation, Infection and Repair (IIR) Domain of the Manchester Academic Health Science Centre (MAHSC), which sits under the umbrella of Health Innovation Manchester (HInM). David is also Clinical co-lead of the MAHSC IIR Domain.