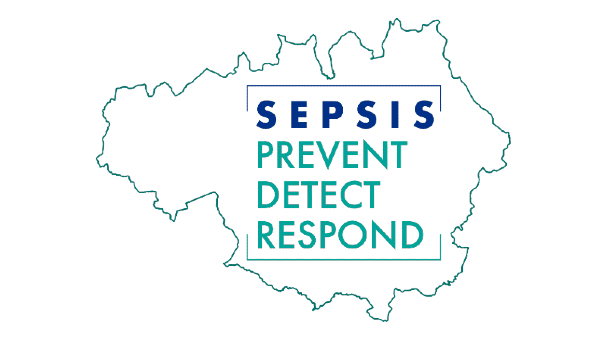 Sepsis is the body’s systemic inflammatory response to infection. It can arise as consequence of a variety of infections; the most common sources are lung, urinary tract and the abdominal organs. Though it can affect people of any age, it is most common in the elderly and the very young.

There are an estimated 123,000 cases of sepsis per year in England and an estimated 37,000 deaths: sepsis now claims more lives than lung cancer – the second biggest killer after cardiovascular disease.  Furthermore, many of the people who survive sepsis face life-changing physical and mental health sequelae. It is well evidenced that earlier diagnosis and prompt high quality treatment reduces mortality, improves patient outcomes and also reduces hospital length of stay.

The majority of cases of sepsis (70%) arise in the community and so it is vital that sepsis and deterioration is considered across the whole health economy.

To build on and enhance the existing improvement work taking place across Greater Manchester, the GM Sepsis Collaborative was formed to bring together representatives from each GM locality, providers, AQuA, the Greater Manchester and Eastern Cheshire Patient Safety Collaborative at Health Innovation Manchester and North West Ambulance Service NHS Trust (NWAS). The Collaborative proposes a whole health economy approach across all care settings as a means of improving sepsis awareness, allowing earlier detection and a system-wide response to a deteriorating patient with sepsis. The Collaborative has agreed a number of priorities and is making considerable progress towards meeting them.

The Collaborative agreed to the following priorities;

If you would like to be involved in the work locally or have any questions please email england.gmsepsis@nhs.net.