ESCAPE-pain was a national AHSN Network adoption and spread programme during 2018-2020. All AHSNs, including Health Innovation Manchester, delivered this programme in their region between April 2018- March 2020.

ESCAPE-pain (Enabling self-management and coping of arthritic pain through exercise) is a rehabilitation programme for people with chronic joint pain that integrates core recommendations around self management, coping strategies as well as undertaking exercise.

This is an evidence-based, group rehabilitation programme for patients with knee and/or hip osteoarthritis.

90% of people with OA are managed by GPs. It accounts for 2 million GP consultations and approximately 150,000 knee/hip replacements, making it the third largest NHS expenditure.

It causes 36million lost working days and accounts for approximately £480 per person per year out-of-pocket expenses. The total health and social welfare and societal costs is £3.2billion, which equates to approximately 1% of GDP.

Designed for people over 45 years, who have chronic knee and/or hip pain, ESCAPE-pain runs over 12 sessions, with each session comprising of:

The ESCAPE-pain programme is now increasingly being delivered to people in leisure centres and other community venues and even workplaces, offering easier access away from clinical settings.

It is less costly than usual care plans, and generates savings in both primary and secondary care. The robust evidence for ESCAPE-pain shows that people achieve a marked improvement in mobility and pain reduction, and are better able to achieve the activities of everyday life. There is also a marked impact on mood based on anxiety and depression score improvements. Notably, results from the original trial have been replicated in clinical practice, which demonstrates the programme’s efficacy.

ESCAPE-pain has already spread to over 70 sites nationally, benefitting more than 6,000 people. It will continue to spread across the country as the AHSN Network supports its wider spread during 2018-2020.

For every 1,000 participants who undertake ESCAPE-pain there are potential annual savings of:

At the end of the AHSN Network national programme, 12,781 people had completed ESCAPE-pain and sites adopting went from 51 to 280.

The longer-term future of the programme has now been secured through a partnership between Health Innovation Network and national medical charity Orthopaedic Research UK (ORUK).

Find out more about the programme in our Case Studies 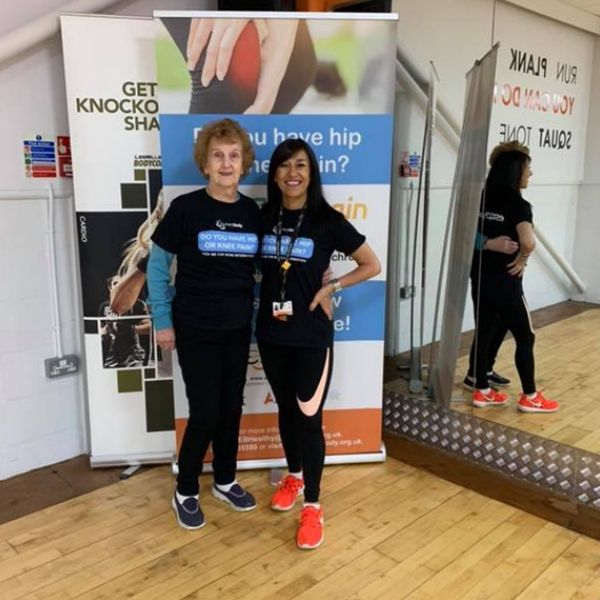 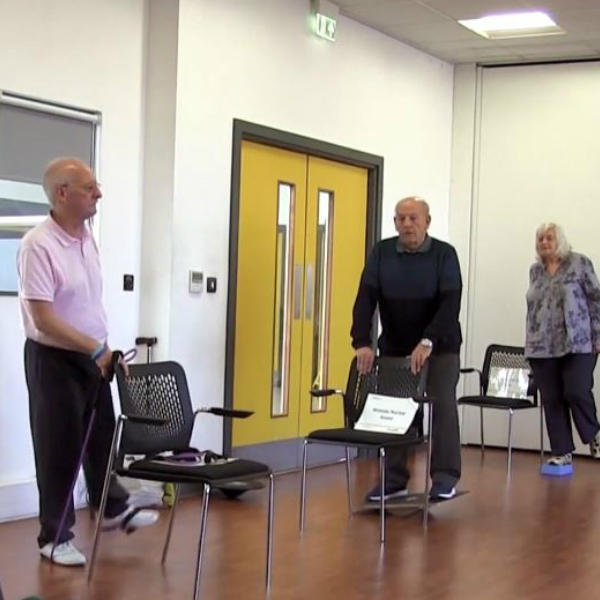 Joan Allard, from Holmes Chapel, transformed her quality of life after completing an ESCAPE-pain class at Holmes Chapel Community Centre.

Joan, aged 87, struggled with her balance and was not confident when walking. When she began taking part in ESCAPE-pain, she was very nervous and was sceptical about how much of an impact it would have on her pain.

However, after three weeks of ESCAPE-pain classes with instructor Josie Hurst, Josie Hurst, Joan began to feel a drastic difference; she had a reduction in pain and also started to feel better within herself.

Josie said: “The structure of the class made her feel extremely comfortable and she felt that being around people with similar problems to her helped her gain confidence in the class – she felt like it wasn’t just her suffering and knew that other people were going through the same thing.”

Since completing ESCAPE-pain, Joan no longer requires the stick that she was dependent on and can walk up and down the stairs with ease. She has also joined the gym and attends at least twice a week with friends she met in the ESCAPE-pain sessions.

Joan completed the ESCAPE-pain programme with Everybody Leisure, which us supported by Health Innovation Manchester.