Greater Manchester has joined cities such as Copenhagen, Rome and Shanghai as part of the Cities Changing Diabetes partnership to help reduce the prevalence of type 2 diabetes in the city region.

In 2019 Manchester was named the twenty-first global city to join Cities Changing Diabetes, in partnership with Health Innovation Manchester.

Launched in 2014 by Novo Nordisk, University College London and the Steno Diabetes Center, Cities Changing Diabetes aims to support innovative new approaches to the prevention and management of type 2 diabetes in cities.

The programme supports communities to understand their unique set of diabetes challenges, identify areas and populations at greatest risk, and design targeted interventions that can put change in motion.

Manchester is the second UK city, after Leicester, to be part of the global Cities Changing Diabetes programmes, and it follows diabetes prevalence in the city region doubling in the past 20 years. Statistics from Public Health England show that in 2019/20 prevalence of diabetes in Greater Manchester was 7.4%, slightly higher the average for England 7.1%. Reference

Cities Changing Diabetes Manchester is a joint working project that is funded by and developed in collaboration between Health Innovation Manchester and Novo Nordisk.

As part of the Cities Changing Diabetes programme, Health Innovation Manchester has established a steering group, which includes a range of stakeholder partners and representatives from across the city region. The programme identified three workstreams:

Diabetes Vulnerability Assessment
Conducting quantitative and qualitative research to help understand the nature of the type 2 diabetes challenge within Greater Manchester, including prevalence and the nature of social factors and cultural determinants that might make certain communities potentially more vulnerable to developing the condition. This will include using the rule of halves methodology and the vulnerability assessment methodologies and will allow the development of a more detailed understanding of the scale of the challenge in GM and support the development of targeting initiatives to reduce the prevalence of type 2 Diabetes.

Mapping and System Needs Readiness
Work has also been taking place to map details of existing research and innovations that relate to the prevention of type 2 diabetes and treatment of diabetes across Greater Manchester, in order to help identify potential priority areas for future focus and to make the best possible collective use of available local resources for research and care to help improve diabetes health outcomes.

Community Engagement Programme
Greater Manchester has a culturally diverse population where high levels of obesity and diabetes are more common among ethnic groups. Research from the British Muslim Heritage Centre (BMHC) – also part of the Cities Changing Diabetes Manchester steering group – has also found that people from minority ethnic groups may not engage with mainstream services if they are not culturally sensitive or appropriate. By involving people, community organisations and faith leaders who can represent the views of local minority ethnic groups, the city can ensure that services reflect the needs and preferences of its communities.

Dr Tracey Vell, Clinical Director at Health Innovation Manchester, said: “We are delighted to have joined the global Cities Changing Diabetes programme and we are looking forward to developing new innovations and research within our system to deliver diabetes prevention and treatment with a person-centred approach within Greater Manchester.” 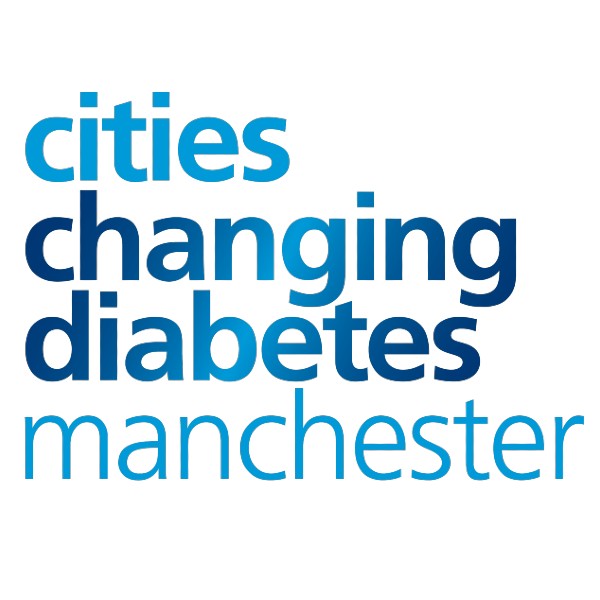