In collaboration with Accelerated Access Collaborative (AAC) and The AHSN Network.

The NHS Long Term Plan committed to accelerate the uptake of selected innovative medical devices, diagnostics and digital products to patients faster, by developing the MedTech Funding Mandate policy, which is delivered in partnership with AHSNs.

The MedTech Funding Mandate policy launch was delayed due to the COVID-19 pandemic. It was launched on the 1 April 2021. The guidance for 2022/23 is published here.

In 2021/22 the policy will support devices, diagnostics or digital products that:

To minimise burden on the NHS at this time, it was agreed that for the first year of the policy only, technologies must have also been previously supported by the Innovation Technology Payment.

The technologies that will be supported by the policy during 2022/2023 are: 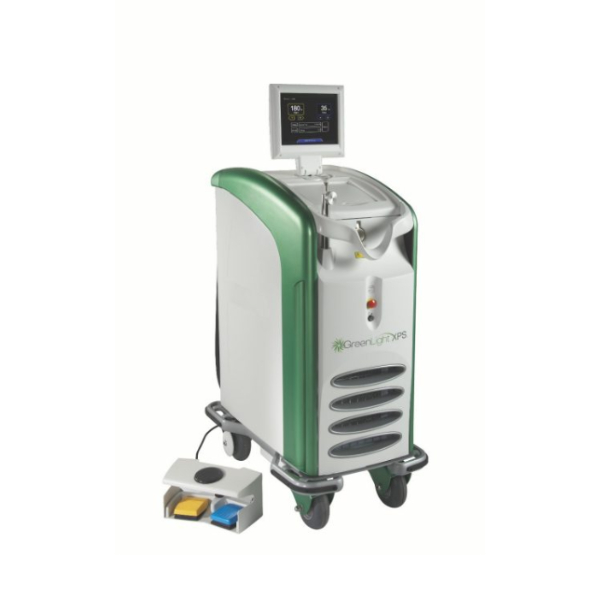 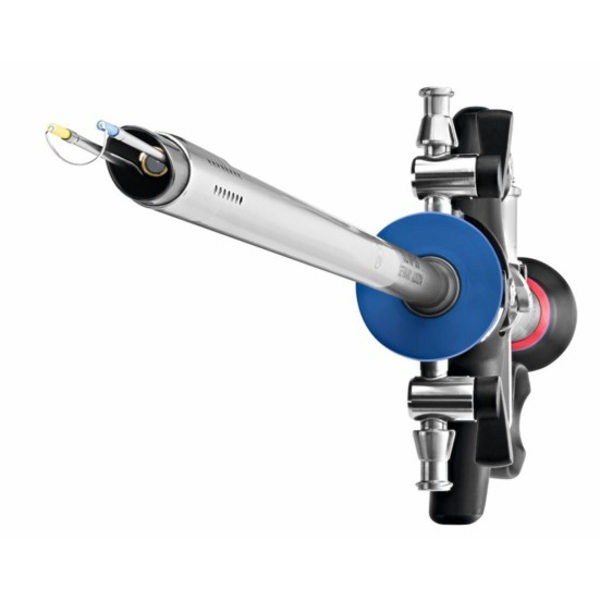 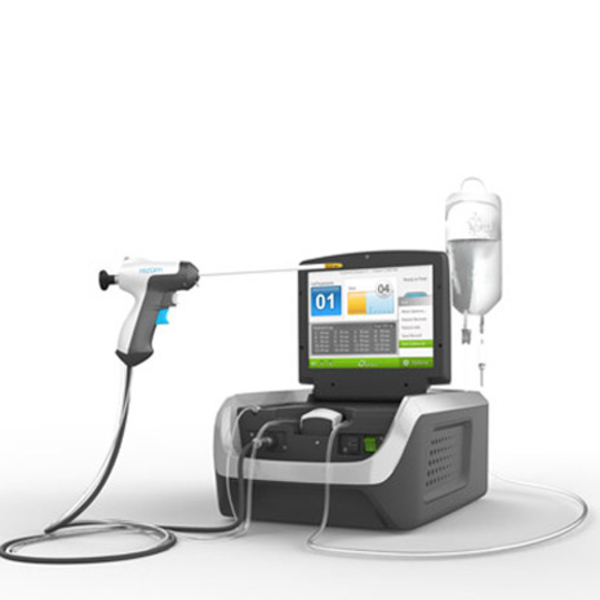 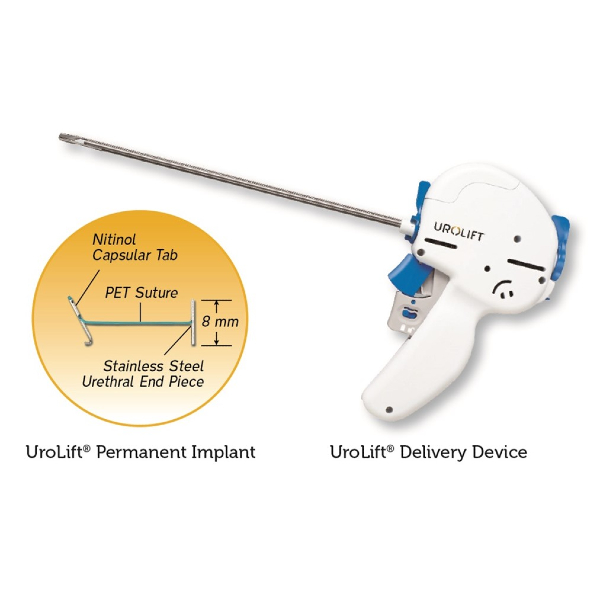 GreenLight XPS is a laser treatment for enlarged prostates. It removes excess tissue from the gland in an operation that enables most patients to go home within hours and get back to virtually all normal daily activity after a week. It’s also estimated to save the NHS around £2.3 million a year, which could rise to £3.2 million, depending on the number of patients going home the same day.

Football coach Martin Windle suffered the effects of an enlarged prostate for years having delayed seeking help due to other health issues. But he’s now enjoying time back on the pitch, thanks to the treatment that solved his problem.

Martin, 75, said: “If I was going out for a few hours I wouldn’t drink, and that was really bad. But otherwise, it could be embarrassing. A couple of times I just couldn’t wait.”

Martin said: “I was out of hospital the same evening. I had a bag fitted but, once it was removed, it was amazing. After all those years of suffering, the problems had gone. Now I’m confident. I can go out without looking for toilets everywhere. The operation gave me back quality of life.”

Most of Mr Rajpal’s patients can go home within hours and don’t need to stay in hospital to recover. Between a quarter and a third do stay overnight because they’re older and frail. Evidence shows 70 per cent of GreenLight treatments could be carried out as day cases.

Mr Rajpal and his colleagues using the treatment across Yorkshire are so pleased with how well it works for patients, they’re planning to share their results from the region with other NHS teams.

Mr Rajpal, said: “It’s an operation patients cope with well. I’m passionate about this – when I see my patients are really happy, it’s very rewarding.”

PLASMA system, a technology that minimises bleeding during prostate surgery, is making operations safer for patients, and reducing the amount of time they need to spend in hospital.

Based on an external review, it’s estimated to save the NHS up to £534 for each person treated, which could increase to £847.91, where a patient goes home the same day.

Paul Ford, 81, said: “The operation was an amazing success. I was in and out of hospital the same day and I can now go all night without passing water. Before, I was going maybe three times a night.”

Paul discovered he had an enlarged prostate after a blood test showed a possible kidney issue due to not emptying his bladder properly. After talking through possible treatments with his medical team, he decided on an operation called a transurethral resection of prostate, or TURP. It was carried out at Southmead Hospital in Bristol, using PLASMA system.

He said: “I feel confident going out now to do things. Before, I’d go to the toilet at every opportunity, whether I wanted to or not. Now I can concentrate on life rather than having it on my mind all the time.”

Miss Burden, said: “It’s better for patients and the hospital trust. Patients’ operations aren’t cancelled due to lack of beds, day case surgery can usually happen despite COVID in most trusts, and patients recover in their own home without the risk of catching an infection in hospital.

“And for any elderly patients with dementia, being in their own home means they’re less likely to get confused after the operation.”

Rezum shrinks an enlarged prostate by heating it with short bursts of steam. It avoids the need for longer, more complicated surgery, with the operation taking around 20 minutes.

It offers patients of all ages relief from their symptoms and a better quality of life. For the NHS, there’s an estimated saving of more than £550 over four years for every patient treated.

Mr Ray Bay-Madsen, 76, said: “I’d advise anyone not to suffer for as long as I did. The procedure was very good, and I’m a lot happier now.”

After 10 years of rushing to reach the toilet in time, Ray found the answer to his problem through an internet search. Tablets had helped, but not completely, and Rezum appealed because it wasn’t a big operation.

Like Ray, 69-year-old John Ford found his prostate problems meant he’d lost control of his bladder. It closed down his life, making him scared to go very far from home.

He said: “I was becoming anti-social – we turned down lots of invitations to go to things. In the end, I opted for this procedure. It was minimally invasive, with no side effects, and extraordinarily quick.”

As Rezum wasn’t available at their individual local hospitals, both men travelled to Ely in Cambridgeshire for the treatment.

Consultant urological surgeon, Mr Kasra Saeb-Parsy, said using Rezum meant his patients no longer waited months – or even years – for treatment: “We used to do our prostate surgery at Addenbrookes, which is a big, busy trauma hospital. So getting theatre time and beds was always difficult.

“With Rezum, we can use our smaller hospital in Ely. We can do the operation as a day case and now get through cases very quickly.”

Younger patients like it, he said, as possible complications such as incontinence or ejaculation problems don’t happen. And it’s good for some older, frail patients as it can be carried out under sedation rather than anaesthetic.

Mr Saeb-Parsy, said: “What we offer has to be good for the patient and financially kind to the NHS. This ticks both boxes.”

Patients go home the same day with a catheter – a tube that empties the bladder. When it’s taken out up to five days later, they get on with their normal life while seeing symptoms continue to improve over the next two to three months.

Ray says he couldn’t be more pleased, especially as he’s no longer constantly looking for toilets every time he leaves home: “It’s made such a difference – now I feel much more confident when I go out. And I don’t need any more medication, which is a real plus.”

And John agrees: “My quality of life was pretty poor but now it’s changed tremendously,” he said.

UroLift relieves the symptoms of an enlarged prostate by using small, permanent implants to stop the gland blocking the flow of urine. It’s minimally invasive, improves quality of life, and maintains all sexual function.

When patients go home the same day, it’s estimated to save the NHS between £981 and £1,230 over five years for each person treated.

Guy Sargeant, 58, said: “When your flow is restricted, you feel you need to go to the toilet more and that you’ve not cleared your bladder, so there’s an anxiety about urination that’s there all day, every day. But after the procedure I had an immediate improvement in my flow. I think when it was measured, it was about three times better than it was before.”

After a few years of putting up with his prostate symptoms, Guy sought help from consultant urological surgeon, Mr Mark Rochester, at Norfolk and Norwich University Hospitals.

The implants Guy had inserted during his operation now hold his prostate away from the urethra – the tube that carries urine from the bladder out of the body. The procedure takes 10 to 15 minutes and can be carried out under local anaesthetic, allowing the patient to return home a few hours later.

It can be offered to patients as a day case, or even an outpatient appointment. When Mr Rochester couldn’t use the main hospital building due to COVID, he was able to perform the procedure in a mobile treatment room in the car park.

“The turnaround is quick – patients have a local anaesthetic, and there’s no hospital stay needed to recover,” he said. “The patient can go home quickly after the treatment and get back to normal life after a few days.

“It’s quite satisfying to be able to take people off a waiting list more effectively. Patient satisfaction is better, they’re happier, and there are fewer side effects.”

Guy was able to drive himself home after a short wait at the hospital to ensure all was well when he visited the bathroom.

He said: “It took about a week to feel like I’d recovered. It’s improved the quality of my life – the anxiety about going to the toilet has significantly diminished. It’s a glowing example of what the NHS can do.”

Mr Rochester said the treatment was suitable for many patients, including older men:

“This should be offered to all men, not just those who are younger and would prefer to preserve sexual function, because there are all those other benefits such as quick recovery and not having to live with a catheter.

“If you’re in your 80s and at risk from a general anaesthetic this can be a good option for you. Some men with urinary retention have been turned down for traditional surgery because of that risk. However, if there’s a 75 per cent chance of getting a man catheter-free with a local anaesthetic procedure, why wouldn’t you offer that?”

Products for improving the patient experience during procedures 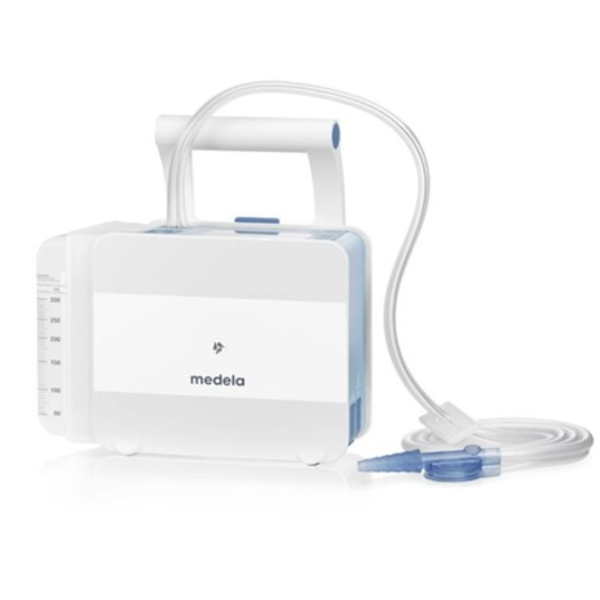 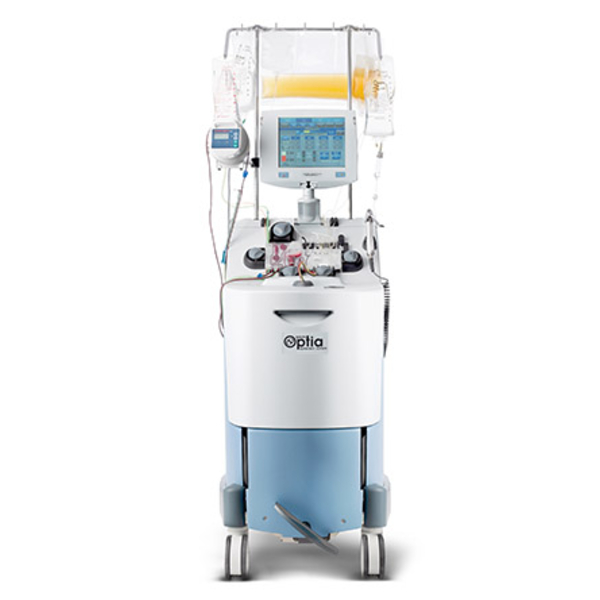 The XprESS multi‑sinus dilation system (XprESS, Entellus Medical) is a sterile, single‑use device for treating chronic sinusitis via a far less invasive mechanism, leading to many benefits for patients and healthcare providers. Benefits include reduced risks associated with general anaesthetics, faster procedure and recovery time leading to a reduction in length of stay and fewer hospital re-admissions.

Thopaz+ is a digital chest drain device that provides an objective read out of air leak and fluid drainage aiding clinical decision making and patient care.

Thopaz+ exhibits 4 key benefits in addition to being cost effective. These benefits include: better clinical decision making due to more accurate readings, improved patient safety due to the increased ability to detect air leaks and a reduced length of stay and faster patient recovery time as the device allows for earlier patient mobilisation.

The Spectra Optia Apheresis System is an apheresis and cell collection platform for the treatment of sickle cell disease. Use of spectra optia removes the need for manual red cell exchanges, providing many benefits for patients and moves towards providing equitable care. Use of spectra optia leads to a more effective treatment with a reduced procedure time and longer lasting clinical benefits.