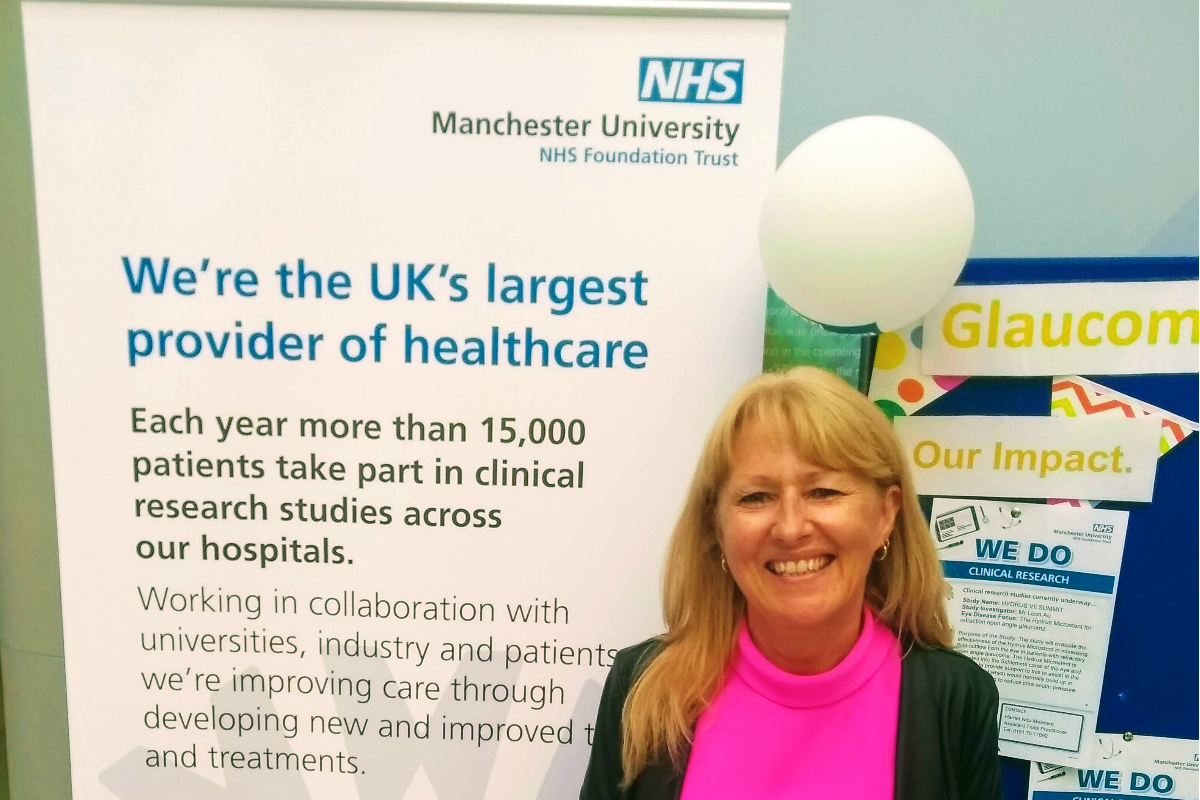 A Greater Manchester glaucoma patient has told how taking part in a ground-breaking research study has “freed her” from the condition.

Michele Steventon was among the first two patients in Europe to participate in the Summit study, which is trialling the use of a tiny stent designed to reduce the eye pressure caused by advanced glaucoma.

The 56-year-old from Saddleworth was treated by the Department of Eye Research at Manchester Royal Eye Hospital (MREH), where she underwent surgery to insert the device in her left eye in February 2018.

For 12 months-post surgery, the Summit study is assessing the effectiveness of the stent in 60 advanced glaucoma patients like Michele, for whom conventional therapies to control intraocular pressure have proven unsuccessful.

One year on, Michele is delighted with the results so far. She has encouraged all NHS patients – living with any condition – to consider taking part in a research study.

The Hydrus Microstent – developed by USA-based company Ivantis – is a ground-breaking “intracanalicular scaffold”.

The device relieves the high intraocular pressure (IOP) which is common in Primary Open Angle Glaucoma (POAG) patients who have increased eye pressure because the eye’s fluid channels become blocked.

Glaucoma can lead to loss of vision if it isn’t diagnosed and treated early. It can affect people of all ages but is most common in adults in their 70s and 80s.

Michelle was diagnosed with advanced glaucoma in 2004, aged 42, after her optician noticed symptoms during a standard eye test.

She said: “They call it the silent disease. I had no idea I had it. That’s why eye tests are so important – just your regular eye test like you get on the high street. It could save your sight.”

Michele was prescribed a once-daily eye drop medication designed to treat the increased pressure and control the condition. Unfortunately, her glaucoma became worse and, for her, the drops often had side-effects including redness of the eye, causing discomfort and leading people to think she had been crying.

She later tried alternative eye drops, with one type causing an allergic reaction which caused her eyes and lips to badly swell. She also underwent laser eye surgery twice, but despite some initial improvement her discomfort persisted and her eye pressure continued to rise.

Michele felt it was inevitable she would require a type of surgery called trabeculectomy, which may be recommended in rare cases where treatment with eye drops or laser has not been effective.

However, in January 2018 she was contacted by the Department of Eye Research at MREH, part of Manchester University NHS Foundation Trust, to discuss her suitability for the Summit study, which involved a less invasive type of surgery.

Michele was happy to participate and had the Hydrus Microstent inserted at MREH by the Chief Investigator for the study, Mr Leon Au. 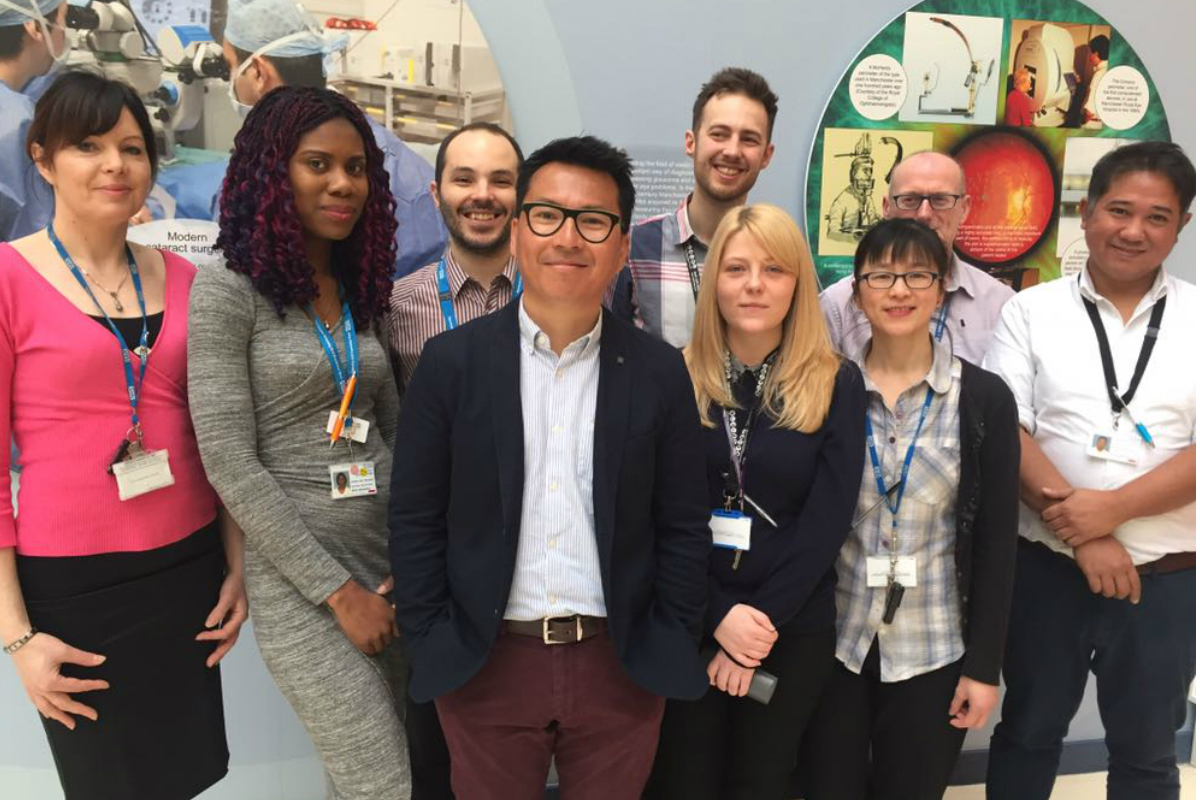 She said: “I knew absolutely nothing about research before, but I met Mr Au to discuss the study and I felt comfortable from the outset. I thought it would be the type of thing offered in specialist London hospitals for people in private care. I never thought it would be open to the likes of myself.”

She no longer feels any discomfort and cannot feel the Microstent – nor can anyone see it. In Michele, it has successfully brought down the pressure in her eye and she has been able to stop all drops. She can also still wear contact lenses.

Michele said: “I’m very pleased I took part in the research trial. It’s worked tremendously; I couldn’t have asked for better. It’s not putting too fine a point on it to say it’s freed me from the condition and changed my life. I can’t praise Mr Au and his team enough.

“I would certainly recommend anyone who is interested in research, or is wondering about it, to investigate it. Research has certainly helped me and I’m so grateful I was given the opportunity to take part.”

Watch: Patient Michele Steventon discusses why she took part in the trial 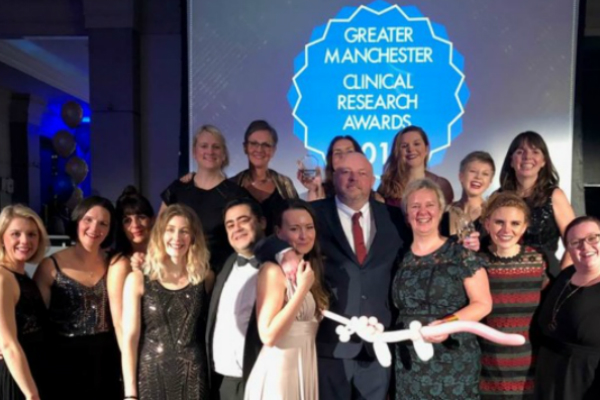 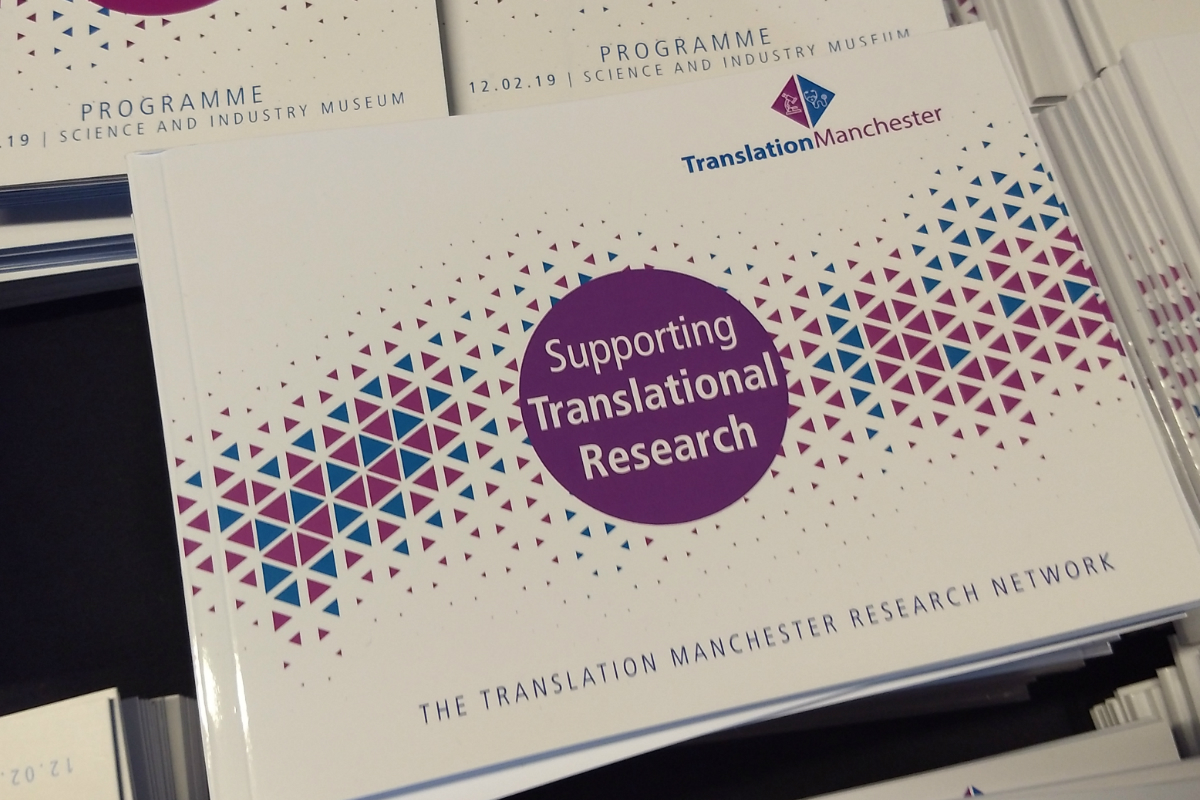 Translation Manchester brings together a network of support facilities and expertise to make the pathway to translation quicker and easier. 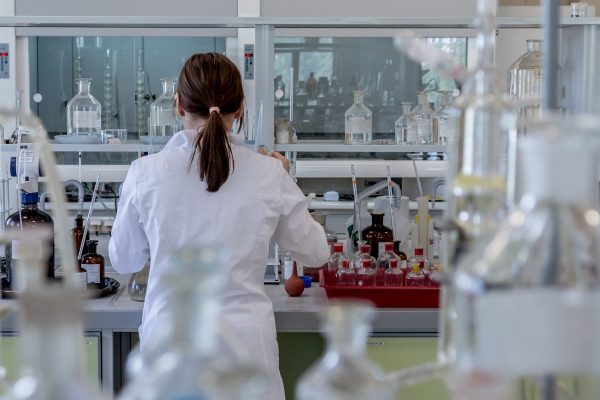