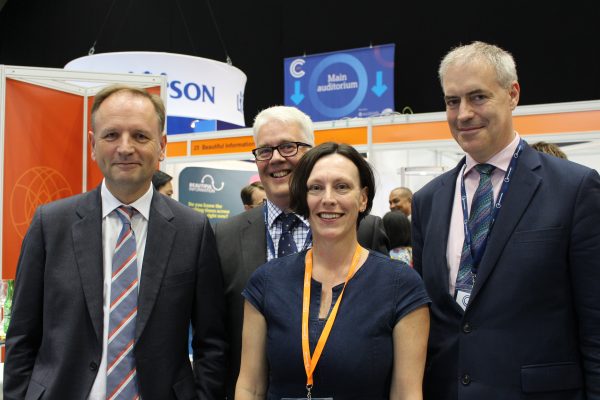 Speaking last week at the AHSN Network reception at Confed18 in Manchester, Simon Stevens, chief executive of NHS England, thanked the AHSNs for the impact they are having in speeding up the adoption and spread of innovation in the health service.

Simon Stevens said: “We are hugely enthusiastic, not only about the work you’ve been doing, but frankly the work you are going to do over the coming years.

“You are our ‘change catalysts’ – you know what needs to be done, you’ve got the fuel in the tank to get the job done for us and we are very optimistic that you stand a real chance of producing measurable impact. We want to back you in that effort and strength to your elbows.”

Ian Dodge, NHS England’s National Director of Strategy and Innovation, added: “I’ve had the great pleasure of visiting all 15 of you and I’ve been hugely impressed by the different things you’re all doing. It’s been fantastic to see in the last year you begin to increasingly come together as a single national network of 15.

“I think there are two specific jobs. There’s one about how can you help generate a far richer and bigger pipeline of proven innovations? And then secondly, how can we scale up the NHS’ total activity on spreading proven innovation? And so, if you can show in a year’s time the progress you make, then hopefully in five, ten years’ time there will be a logarithmic difference compared to even what’s planned for next year.”

The AHSN Network launched its latest publication at Confed18, detailing the collective impacts since the AHSNs were established in 2013 and outlining future plans and priorities. Read the report online here.